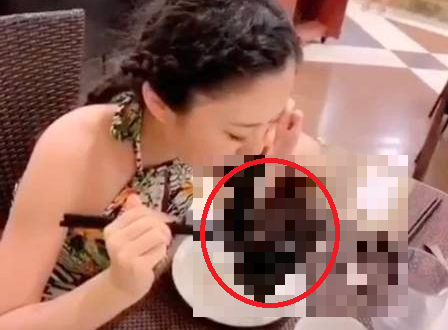 According to a study published in the journal Science China Life Sciences, the new coronavirus is closely related to an existing strain in bats.

And although the authorities in Mexico completely ruled out the presence of the Chinese coronavirus in our country, the whole world is still on alert, they continue to look for the origin of the strain (it is known that it was in a food market in the city of Wuhan, China) , as well as some possible vaccine.

One of the research that is attracting attention, especially in social networks, is published a couple of days ago by some scientific journals. According to a study released by the Science China Life Sciences magazine , which was sponsored by the Chinese Academy of Sciences in Beijing, the new coronavirus is closely related to an existing strain in bats.

“The fact that bats are the native hosts of Wuhan CoV (coronavirus) would be logical and convenient reasoning, although there are still likely to be intermediate hosts in the transmission network of bats to humans,” the researchers said.

That study did not speculate on which animal might have been an “intermediate host,” but a second study from Peking University, published in the “Journal of Medical Virology,” identifies snakes as possible transmitters.

On the other hand, the magazine “New Scientist” published an investigation in which it compared the genome of five samples of the new virus with 217 similar viruses collected in several species. The conclusion was that the new coronavirus, identified as 2019-nCoV, coincides with the virus found in bats, but looks more like the virus found in snakes.

Once this information was released, innumerable photos of the bat soup emerged, a dish widely consumed in Wuhan. 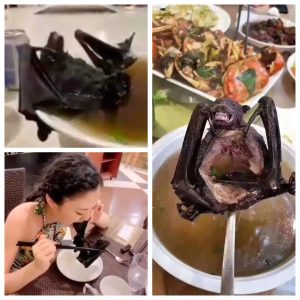 The bat soup, known by tourists as “Fruit bat soup” is prepared with open cooked bat and accompanied with coconut fruit or milk. They say it tastes like “chicken soup” and doctors have long warned of how toxic it can be to humans. The bat is also consumed in that region fried or boiled.

The bat is traditionally consumed in China, but also in Indonesia and other regions of Asia.

It’s amazing. This recipe includes coconut milk. And this one looks just like it tasted. 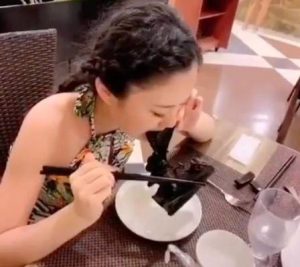 Was the bat soup the cause or was it the snake or something else? Hopefully the investigations continue, we cannot take anything for granted. 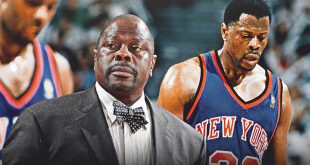