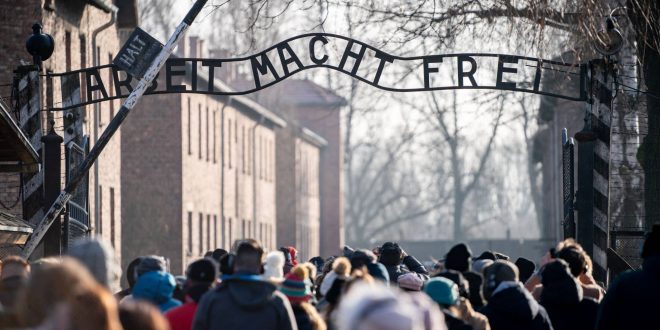 Visitors at the entrance of the former Auschwitz I concentration camp, this Saturday. KAY NIETFELD GETTY IMAGES)

Two hundred ex-reporters participate in the ceremony on Monday of the 75th anniversary of the liberation of the Nazi death camp.

Benjamin Lesser had no idea at age 15 of what hell he descended to when his train arrived in Auschwitz-Birkenau. He bent down to collect what fell from the sky: ash. “It was a strange place, we arrived at night, the whole trip in the car had had my little sister holding one hand and my little brother the other,” he explains. An SS doctor asked him some questions about his physical condition. Then he knew, he says, it was Mengele. The little ones were taken in the opposite direction from him. “We didn’t know it then, but they were sent to the gas chambers. Arriving with others at the assigned barracks, a man told us: ‘Do you see those ashes that fall? They are your mothers, your brothers, your families; and that is what you will become, ashes! That’s how I got to Auschwitz. ”

Dutch liberal Prime Minister Mark Rutte has apologized this Sunday on behalf of the Government for the attitude of the authorities during the Holocaust. It is the first time that an official apology of these characteristics is offered, and it coincides with the 75th anniversary of the liberation of Auschwitz. Between 1942 and 1945, the Nazis transported 107,000 Jews from the Netherlands to the concentration camps. The same fate was 245 members of the Sinti and Rome communities and several tens of resistant. In total, 5,000 people returned, according to the archives of the Westerbork transit camp, located northeast of the country. Anne Frank, the author of the famous Diario , and her family, are among those who passed by and were later exterminated.

“When we still have the last survivors among us, I want to apologize on behalf of the Government for the acts of the rulers of that time. I am aware that there are no words to encompass something as horrible and huge as the Holocaust, ”said Rutte, during the annual ceremony reminiscent of the victims, held in Amsterdam. The country was occupied by the Nazis between 1940 and 1945, and to date, the Government “did not have sufficient reasoned basis to ask for forgiveness,” according to the prime minister. Now, however, it has been clear saying that “anti-Semitism is still in force in our environment 75 years after Auschwitz, and that is why we must recognize what happened and say it very loudly: the Government was not up to par when a part of our fellow citizens were separated, excluded and dehumanized under a murderous regime. ” Then, he added the following: “Although there was resistance on an individual basis, also within the Government, too many instances and public offices did what the occupants asked them to do.”

In 2000, the then Social Democratic Prime Minister, Wim Kok, apologized for “the cold reception” given to Dutch Jews who survived the Holocaust. A compensation of 680 million guilders of the time was approved for all the victims of the war, 400 million of which were for the Jewish community. In 2019, the Dutch Railways (NS), a state-owned company, compensated the survivors, their widows and children for taking them on their trains to Westerbork. The service reported about 2.5 million euros to the company at the current exchange rate, according to Johannes Houwink ten Cate, an expert in the study of genocide and the Holocaust. From there, the detainees were transferred by the Nazis to the concentration camps.

Lesser (Krakow, 1928) is one of two hundred survivors of the sinisterly famous Nazi death camp on Polish soil who have traveled on the occasion of the 75th anniversary of the liberation of the same, which is commemorated this Monday, and in which They are the main protagonists. Five years ago there were 300. The ceremony was attended by 2,500 guests from 50 countries. Auschwitz (with its annexes, like Birkenau) is the epitome of the Nazi death camps. There were killed 1,300,000 people, including 1.1 million Jews (90%) and, also because of the racial hatred of the Nazis, 23,000 gypsies.

This Sunday, a dozen survivors testified to their terrible experiences at a press conference near the field. They are the ones who have really lived through the things that many people know about Spielberg’s cinema. To say that they are older is obvious. They are nonagenarians. Many repeat when they speak, they answer something else when asked, even some thought they were in another place and time, and the organization still does not know who will be responsible for speaking this Monday at the ceremonies, because it will depend on those who are capable of “physical and psychologically. “

But, although there were those who cried to explain their terrible experiences, such as David Lewin, who arrived in Auschwitz in 1943 from Majdanek and in January 1945 was taken to Buchenwald (who would bear to carry those three names on his back?), They all showed an amazing courage and they released the same message, a cry, a plea and a warning: “Don’t forget.” Forgetting, they said “it would be a second death for the victims.” They said they will remember as long as they can and then others will have to pick up the witness. They also stressed that remembering is a guarantee against the rise of the extreme right, which they observe with enormous alarm.

The 75th anniversary of the liberation of Auschwitz, in a context of concern about the rise of far-right parties and episodes of anti-Semitic violence, will be the last round for the vast majority of survivors. They are aware of it. They know they go out. Igor Malickij, in Auschwitz number 188005, presented himself with the shirt in the striped uniform of the fields, as a way of anchoring his memory (and he went from Russian to the German barked when the SS of the field shouted at him). Alina Dabrowska (dam number 44165), who has devoted much of her testimonial effort in speaking to German students, put on a scarf around her neck that also suggested the sadly famous prisoner’s pajamas.

Lesser, who was part of a convoy of Hungarian Jews sent to Auschwitz (his family escaped from Poland to Hungary), has survived, listed, four camps, two deported trains and as many death marches. He had silenced his memories until one day, in the United States, his son asked him to go talk to his school. “I saw how the boys were interested and since then I tell my story. I have not stopped talking. We can’t let people forget. We have to keep the memory alive and avoid the amnesia of the world. ”

The survivor moved emotionally that he himself, if he forgets something, is forced to remember, “I refresh my memory.” In that memory are the “pits of fire” to which bodies were thrown when the crematoria were not able to supply, “and even live children, to whom we heard screaming at night.” He wondered how the Germans, “educated and civilized people, became those monsters.” And called to stop the hate, any hate. “Hitler didn’t start killing, he started hating,” he recalled.

Leon Weintraub (Lodz, 1926) explained how on his first visit to the Auschwitz museum his daughter, who was with him, began to cry when he saw the piled suitcases on display. “I saw my mother for the last time on the selection platform,” he recalled, “she and my sister were sent to the gas chambers. We didn’t know where we were, there were no signs. Upon arriving on the train they shouted ‘ raus, raus! ‘ I was an electrician’s apprentice and I wondered why the fence was electrified. In Auschwitz-Birkenau you were a single-use human tool, when you spent, on the trash. And you were dehumanized step by step. ” Weintraub warned against “those who parade through the streets today with slogans like those of the Nazis” and said: “You don’t have to close your eyes, they are the same; just saving memory will prevent what happened again. ”

There were some awkward questions for the survivors, such as whether the Poles collaborated with the Nazis in the Holocaust. “That there was a case does not mean that it can be generalized,” Lesser replied; “In all of Europe there were people who collaborated with the Nazis, but many Poles helped the Jews and even lost their lives for doing so; there are good and bad people everywhere. ” For him, the Nazi death camps were built by the Germans in Poland “as they could have done anywhere else.”

THE RISK OF LITERARY FICTIONS ABOUT AUSCHWITZ

The director of the Auschwitz-Birkenau Memorial and Museum, Piotr Cywinski, stressed this Sunday that in the commemoration of the liberation of the camp the protagonists are the survivors. “This is done for them and with them; let’s listen to them. ” He added that the main mission of the anniversary is, “in a world that changes very fast, the need for firm references.” He pointed out that the growing number of Auschwitz visitors – the countryside has become a tourist destination that attracted 2,320,000 visitors last year, a record figure – as well as the success of traveling exhibitions such as the one exhibited in Madrid shows that people need “not only to remember history, but answers to the questions of our time.”

Cywinski, who announced the creation of a new project of the center – Diplomacy of Remembers (diplomacy of memory) with the participation of the Spaniard Enrique de Villamor y Soraluce, president of the Association for Tradition and European Culture – warned against “mixing in commemoration of the victims and politics ”. He referred to the controversy of the Polish Government with Moscow on account of the story – Russian President Vladimir Putin will not attend the event – said he comes to the celebration “who wants”, and said that although the role is more than questionable of the Red Army as “liberator” in its operations in Eastern Europe and especially in Poland (where it decided not to support the insurgency of the Polish resistance in Warsaw in 1944 and let the Nazis crush it), “it is not the case of liberation from Auschwitz: the camp was effectively liberated by Soviet soldiers. ” “Do not confuse in that sense what happened in other parts of the country,” he said, “with what happened in the death camps.” He said that they have even tried to find ex-Soviet soldiers who participated in the liberation of the camp to join the commemoration, but have not found them. 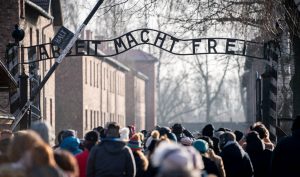 As for the other anniversary celebrations, such as the one held last week in Jerusalem, he said that there may be others but that the most important act is unquestionable. And he finished: “We focus on survivors, not politics.” Asked about the proliferation of books on the Holocaust , he said that, “of course,” he advocates freedom of expression and publication, but warned: “I have nothing against people writing Auschwitz fiction based on reality , the problem is when fiction is presented as truth and as a result of an investigation and it is not. That is a lie. Believing that what these books tell is true is a dangerous foothold for denialism. There are those who write of Auschwitz a moral responsibility. ” 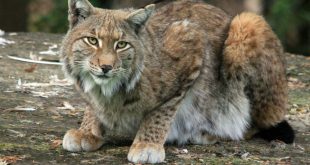 A very intense and scary moment during the performance of a circus in Tsjinval, capital …