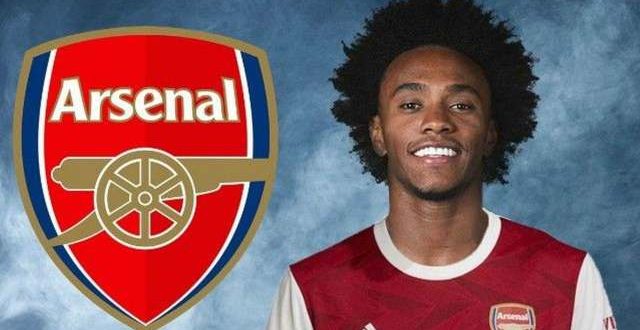 This post has been brought you by  laroja-deportesonline.com   The best online site to watch Live Soccer Matches

The Brazilian footballer has changed colours in the same city of London when he left Chelsea to land as a free agent at Arsenal. Willian Borges, who had aroused the interest of many clubs, including FC Barcelona, ​​reached an agreement with the ‘gunner’ team after ending his relationship with the ‘blues’ to join the squad without any payment to his old club, but even so his signing has aroused a barrage of criticism.

The operation in which there have only been two parties, Arsenal and the footballer himself, has been resolved with a premium for his arrival at zero cost and a salary that, making calculations, will bring Willian around 240,000 pounds per week. A salary that, after the three seasons that appear in his new contract, translates into an amount close to 35 million pounds and that in England has already been described as “astonishing”, “amazing” and “surprising”.

The problem is not that a footballer perceives that astronomical sum, which will make him the second highest paid in the squad after Mesut Özil, but in contrast to the cuts that the club was forced to make during the pandemic. The Arsenal first team reduced their salary by 12.5% ​​back in April to help the entity balance its accounts and in August, with the achievement of the FA Cup and the subsequent qualification for the Europa League , that salary reduction remained at 7.5%.

The fact that all the players gave up part of their salary meant that Arsenal was not forced to cut in other aspects of the entity, but it did not prevent 55 club workers, almost 10% of the total payroll, from being fired. This event was as surprising as it was frustrating for the squad after his gesture with the club. And that is why this signing of exorbitant figures does not seem to have sat very well either to the press or to the ‘Gunner’ fans.

Today is the start of a new challenge at the next stage of my career! . . I’m excited about the Arsenal project and am grateful to the management team at the club for all their efforts and their trust in me. . . I now look forward to getting back on the pitch, training and playing alongside my new teammates and being able to repay all the faith shown in me! . . I am sure that these will be successful times for all of us! . . I’d also like to thank my family for all their support during this period and for always being by my side! . . Começa hoje uma nova fase com novos desafios na minha carreira! . . Estou animado com o projeto do Arsenal e agradeço por todo o empenho da direção técnica do clube em contar comigo. . . Agora a estou ansioso para estar logo em campo treinando e jogando com meus novos companheiros e poder retribuir toda a confiança que foi depositada em mim! . . Tenho certeza de que será um ciclo vitorioso para todos nós! . . Agradeço também à minha família por todo o apoio nesse momento e por estarem sempre ao meu lado! #W12 #arsenal #novomomento #gunners