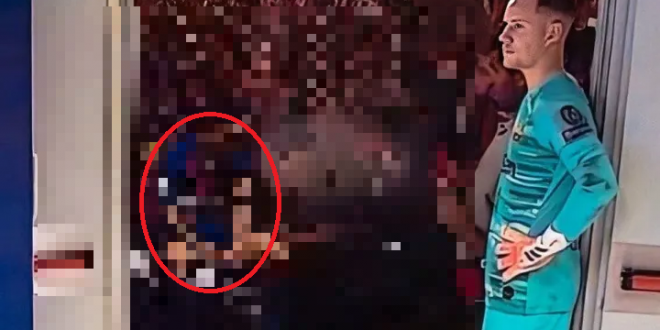 This post has been brought you by  laroja-deportesonline.com   The best online site to watch Live Soccer Matches

The Argentine footballer could not dress up as a superhero in Lisbon to avoid the FC Barcelona debacle in Europe for the fourth consecutive year and the defeat against Bayern Munich was consolidated as the most humiliating in the history of the club in the Champions League. Each of the many Blaugranas was answered with four by the Bavarian side and an undeniable superiority by a team that ended up ashamed, as Gerard Piqué assured.

The words of the central defender and the president, Josep María Bartomeu, after the meeting have given a lot to talk about, but on social networks a photograph above the rest has been the one that has become viral. The image of Leo Messi , sitting in the entrance of the dressing room, desolate next to a Marc-André ter Stegen with a lost look is the one that perfectly reflects what happened last night at the Estádio Da Luz in the Portuguese capital.

The photograph is part of a video that corresponds to the moment in which the FC Barcelona players leave the dressing room to go to the pitch after the 15-minute break. There were still 45 minutes ahead to try to turn the scoreboard, which was already 1-4 in favor of the Germans, and the image of Messi was that of a defeated footballer, with no margin for recovery, as it turned out. throughout the second half.

The Barça team, with the Rosario at the head, lowered their arms and gave up before the clear Bavarian superiority, and the result did not stop growing until the referee whistled the end of the match. An image, which, as they say, is worth a thousand words, more than all subsequent statements before the cameras, more than any speech or tweet. Messi’s image is that of anticipated defeat, that of the end of a cycle.

Previous Atlético 1X1: João Félix Was Not Enough From The Bench
Next The reasons why England does not see the good in signing of Willian Borges to Arsenal (IMAGES)