Breaking News
Home / Sports / Why Is Chicharito Champion Of The Europa League With Sevilla Even Though He No Longer Plays There? 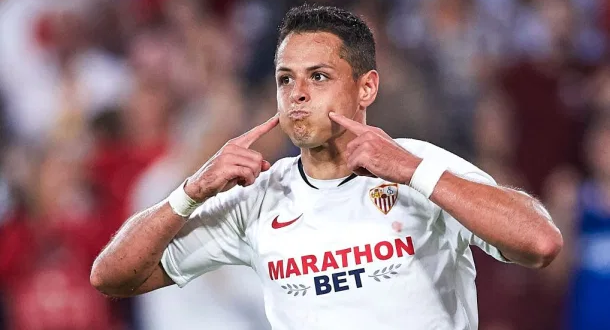 Why Is Chicharito Champion Of The Europa League With Sevilla Even Though He No Longer Plays There?

This post has been brought you by  laroja-deportesonline.com/   The best online site to watch Live Soccer Matches

Although he is no longer part of the team, he is officially champion

Javier ‘Chicharito‘ Hernández has added a new and unexpected international title, after his former team, Sevilla, were crowned champions of the Europa League after defeating Inter Milan by a score of 3-2 in the final held at the Stadium Rhein Energie in the city of Cologne, Germany, how did this happen if ‘Chicharito‘ currently plays for the Los Angeles Galaxy team?

Hernández’s coronation as champion of the European competition is mainly due to the fact that he was registered as part of the Sevillian team’s squad for the competition, even reaching 4 matches of the first phase of the tournament, where he collaborated with 2 annotations for his team.

The Mexican was an important factor for Sevilla’s group stage matches, where he scored a score that would serve to guide his team in their first match of the tournament against Qarabag, as well as achieving the only score in the match held against APOEL Nicosia , being a factor to get those 3 points.

Although currently Hernandez is far from Spain and militates at present with the picture of LA Galaxy, the UEFA contemplates ‘Chicharito‘ as part of the campus Campenon, thus adding his second international title at club level and first in Europe, where he had only reached the U EFA Champions League runner-up when playing for Manchester United he lost the final against Barcelona in the 2010/2011 competition.

‘Chicharito‘ accumulates with this 10 titles in total within his palmares where they stand out, two Premier League titles and three Community Shield titles with Manchester United; With Chivas he was part of the 2006 Apertura champion team and with the Mexican National Team he has achieved the 2011 Gold Cup and the 2015 Concacaf Cup.