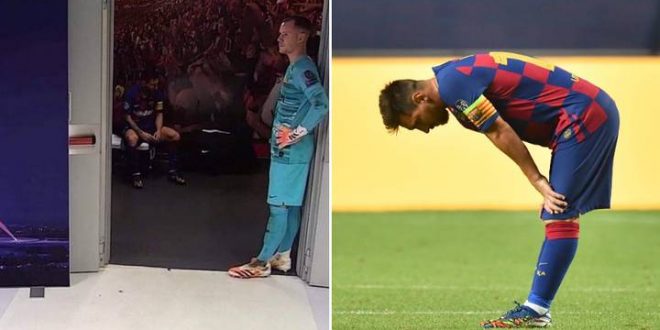 The Exit Of Messi “The Locker Room Tyranny Is Leaving”

Lionel Messi has the decision made: after 2-8 against Bayern Munich for the quarterfinals of the Champions League and after warning that he was not satisfied with the football and managerial decisions that had been raised, the crack will leave FC Barcelona after almost 20 uninterrupted years in the city.

That is why some journalists, surely seeking to generate more controversy, made “10” himself responsible, owner of countless records in the “Culé” club and winner of 33 titles there, such as Juanma Castaño, director of the Spanish program  El Partidazo  de the Cope chain.

In his editorial, entitled “The locker room tyranny is leaving, ” the press worker hinted that Messi is ungrateful for abandoning ship at the institution’s worst moment in recent years.

“Messi’s behaviour is absolutely disloyal to the club that has religiously paid him the best salary in the world in recent years. I cannot defend this position, he is leaving at the worst moment. That Barcelona fans have found out because Messi has sent a burofax to Barça and an Argentine media has told it is incredible. With the social networks that Messi has millions of viewer followers, he still has not had the courage to tell all the Barça fans that it is he who has made the decision to leave, ”Juanma began in the note that was released by the newspaper  Marca.

“I can’t imagine Xavi leaving like this or Iniesta, Puyol leaving like this. Is a Barça leader leaving? Not for me. The best player in the history of Barcelona is leaving. There are many Barça players who don’t care if Messi leaves because many have suffered with Messi at their side. It has a hidden face. When things are not done the way he wants, he leaves”,  concluded Castaño. 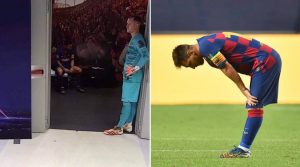 Previous Why Is Chicharito Champion Of The Europa League With Sevilla Even Though He No Longer Plays There?
Next Harry Maguire was arrested in Greece for a public altercation (VIDEO)