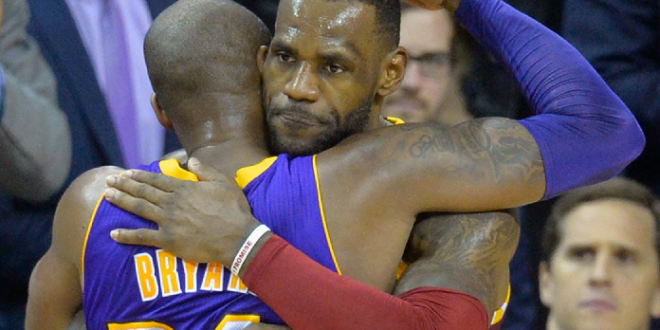 Tonight we had an epic, exciting and emotional moment. The Los Angeles Lakers have just defeated the Miami Heat and with that they have taken the NBA final series, so they are the new champions of the league and yes, LeBron James finally fulfilled the promise he made to Kobe Bryant after his untimely death.

The Los Angeles Lakers, favourites in the NBA finals, respected the forecasts and delivered a coup of authority. Miami Heat took them to the limit, it was thought that they could come back but the game of LeBron James and company was superior, so now we have an emotional message directed to the sky for Kobe Bryant.

As you will remember, Kobe Bryant died in January of this year after a tragic helicopter accident, where there were 8 other victims, including his daughter Gigi.

LeBron James published on his Instagram account a moving message dedicated to Kobe Bryant, which included a promise and that is that the current NBA champion told him that he would continue with his legacy and that with his strength he would be able to put the Lakers name on high, a fact that was complicated but in the end he succeeded.

“My heart goes out to Vanessa and the children. I promise I will continue your legacy! You mean a lot to all of us here, especially #LakerNation and it’s my responsibility to put this shit on my back and keep it up !! Please give me the strength of heaven and cares for me! ” Reads the LeBron James post.

LeBron James has given us an incredible final series and is that his Lakers were able to pass over powerful rivals, because on the way they left teams like Portland Trail Blazers (4-1 series), Houston Rockets (4-1 series), Denver Nuggets ( 4-1 series and they were conference champions) and now, in the NBA final, Miami Heat (4-2 series).

LeBron James fulfilled the fans of the Los Angeles Lakers , his team but in particular Kobe Bryant, as he was one of his great friends, mentor and today, guide to achieve the NBA title. Congratulations Lakers!!

I’m Not Ready but here I go. Man I sitting here trying to write something for this post but every time I try I begin crying again just thinking about you, niece Gigi and the friendship/bond/brotherhood we had! I literally just heard your voice Sunday morning before I left Philly to head back to LA. Didn’t think for one bit in a million years that would be the last conversation we’d have. WTF!! I’m heartbroken and devastated my brother!! 😢😢😢😢💔. Man I love you big bro. My heart goes to Vanessa and the kids. I promise you I’ll continue your legacy man! You mean so much to us all here especially #LakerNation💜💛 and it’s my responsibility to put this shit on my back and keep it going!! Please give me the strength from the heavens above and watch over me! I got US here! There’s so much more I want to say but just can’t right now because I can’t get through it! Until we meet again my brother!! #Mamba4Life❤️🙏🏾 #Gigi4Life❤️🙏🏾