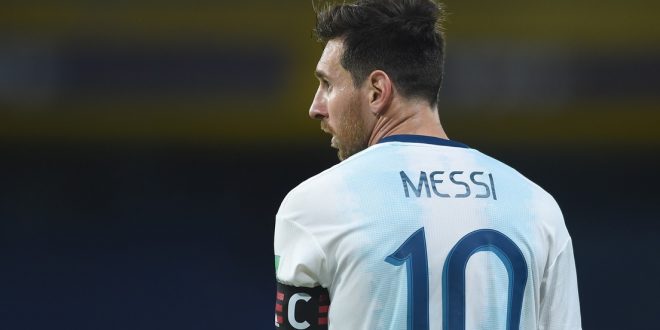 During the concentrations of the Argentine national team, ‘La Pulga’ frequently shares a room with Sergio Agüero.

The Argentine footballer Sergio ‘Kun’ Agüero has revealed certain aspects of the character of his friend Lionel Messi, as well as some anecdotes of his coexistence during the concentrations with the Argentina team.

“He is very complaining, ” said the Manchester City forward in an interview with an Argentine television program. Agüero commented that when both share a room in the hotel, he usually  falls asleep with the television on, so the next morning Messi scolds him.

As he explained, after the afternoon training sessions, Messi showers and dresses quickly to arrive in advance for dinner with the other members of the team, while he does the opposite, so the captain of the ‘albiceleste’ rebuke to hurry. “He tells me ‘ we are always late , we’ve been here for an hour'” in the room, commented the ‘Kun’. “He doesn’t like to arrive just” on time, he added.

Aguero also revealed that he bought a Lamborghini sports car about six years ago, and that it was the “most useless” purchase of his life. He said he does not use that vehicle, he has it in the garage and it is covered in “cobwebs”.