Billionaire Yusaku Maezawa, a Japanese businessman who owns several e-commerce companies, has announced that he will distribute one billion yen (more than eight million euros) among his followers of the social network Twitter.

All this with the aim of discovering if money gives happiness or if it is only a phrase made that, at the moment of truth, is not fulfilled.

As the magnate has announced through a video posted on his YouTube channel, it is a “social experiment” through which he intends to discover how a person’s life can change money.

For that same reason, the Japanese urges all those who receive the money to spend it as they wish.

As he explains in his video, Maezawa will distribute a million yen (more than 8,000 euros) to a thousand followers and followers who retweeted one of his New Year’s tweets.

Although the tweet was retweeted by more than four million people until last January 7, the date on which the raffle ended, only one thousand of them will receive the significant sum of money.

After receiving these amounts, the magnate will urge the graceful and graceful to spend it on whatever they want since they are aware that each person will invest it in a certain way.

Therefore, the tycoon tries to analyze the behavior of each individual and discover if money really gives happiness or not.

For this, the Maezawa team will offer a series of surveys to the lucky and fortunate to measure their level of happiness, as explained in their YouTube video.

Some question you will be analyzed later by a team of sociologists hired by Maezawa, who will be instrumental in solving the main question of the tycoon.

In short, a sociological experiment that aims to open once again the debate on basic income in Japan.

All this from the hand of a tycoon who recognizes having enough money and time to analyze the value of money and discover if it really makes us happy or not.

In the next few hours he will get in touch with the winners and winners and will start an experiment from which he intends to draw decisive conclusions.

Watch the video below: 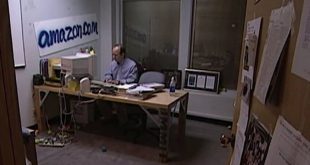 This is How Jeff Bezos, Owner of Amazon and the Richest Man in the World Began

Jeff Bezos, owner of Amazon and currently considered the richest man in the world, has become the ultimate …