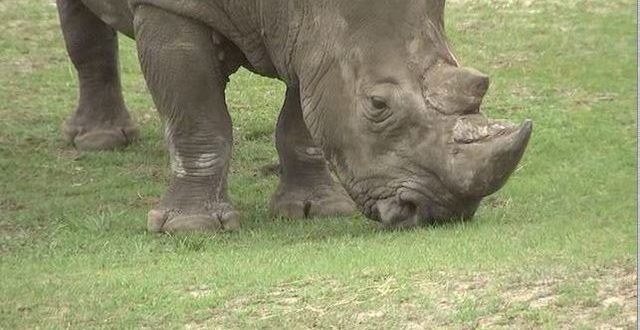 A zookeeper at Jacksonville Zoo gets struck by rhino horn, suffers serious injuries

A female zookeeper at Jacksonville Zoo and Gardens, Florida suffers from serious injuries after a run-in with a rhinoceros on Tuesday, said the zoo officials.

The incident took at around 9:40am ET, when a male Southern white rhino, named Archie struck the female zookeeper with his horn during a routine training session, said a Jacksonville Zoo spokesperson.

The attacked female zookeeper was conscious and aware while she was being taken to the hospital in an ambulance after the incident, informed Tom Francis, spokesman for the Jacksonville Fire and Rescue department. She was released from the hospital on Wednesday after her condition was stable, said a zoo official. However, the extent of injuries endured by the zookeeper still remains to be unclear at the moment.

The 50-year-old rhinoceros Archie has been living at the Jacksonville Zoo since more than four decades. He continued to stay out on display for the visitors on Tuesday along with two other rhinos at the zoo even after the incident.

As per Karen Parker, spokeswoman for Florida Fish and Wildlife Conservation Commission, the animal did not come out of its enclosure and proper public safety was maintained during the entire incident. The agency is currently investigating into the matter.

At Newz Wave, Linda Lieberman creates news pieces for the latest happenings in the US. She is a proficient journalist and editor who holds a reputable portfolio with proficiency in content analysis and research. In short, she is the backbone of this project.
Previous Tesla Inc CEO Elon Musk changes his name on Twitter, teases about new announcement to come
Next Pre-orders for Samsung Galaxy S10/S10 Plus don’t include Galaxy Buds as freebie anymore