Never miss the parents who get too excited in the school sports competitions in which their children participate.

Some spend scolding the coach, others want to lead…and some choose to attack and attack the opponent.

This was the case in a high school in North Carolina, United States, when a man named Barry Lee Jones threw himself against a teenager when he was halfway through Olympic wrestling.

Seconds before, the affected youth (from Southeast Guilford High School) was fighting Jones’s son and had been marked an illegal move.

Despite the push, the teenager was not injured.

In addition, a bond of one thousand dollars was imposed.

Watch the video down below to witness the shocking moment: 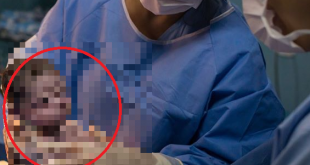 Post sponsored by the Montreal Jobs  That have the best benefits!   Isabela is a …