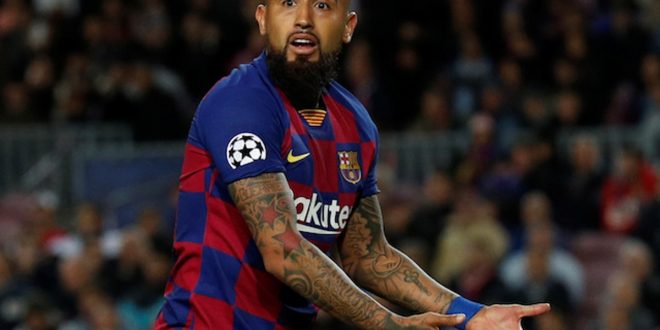 This post has been brought you by  laroja-deportesonline.com/   The best online site to watch live soccer matches

Arturo Vidal is always involved in controversy. The Chilean player has a very peculiar way of playing: he is usually a tough player who does not keep quiet, but also off the field he is worth talking about. Impossible to forget when he crashed his Ferrari while driving drunk on the eve of the Copa América.

Yesterday, the Barcelona midfielder decided to use his mobile phone because he wanted to chat with his followers. The problem was that he did it while he was clearly intoxicated. The direct ones on Instagram are usually deleted but someone captured it.

In the video he is barely seen and understood. In addition, the woman who appears in the video comes out ashamed to see the state of Arturo Vidal. Now that all the players are on vacation, they take the opportunity to rest and have a good time with their family.

Too much beach, too much partying and too much alcohol to disconnect after a tough football season. Now comes the Champions League, the only title Barcelona can access this year. His players should give everything to take him to the display cases of the Camp Nou.

Arturo Vidal has been one of the best players in the culé set this year and this video should be a pure anecdote. The Blaugrana fans want him to perform on the field, they do not care what he does outside of the game.