His story went viral on the YouTube portal. In India, a newborn calf became a tourist attraction for a peculiar characteristic: it has two heads. Hundreds of people go to see him to take many pictures with him.

Last Tuesday, February 18, at a farm in Paarasalai, in southern India, a cow gave birth to a calf with two heads. The animal has four eyes, two snouts, two tongues, but only a pair of ears.

This condition is known as bicefalia, a genetic birth defect that affects other species such as snakes, bulls, sharks, turtles and lobsters.

The animal captured the attention of the neighbors, who wanting to witness this strange case of bicefalia frequently go to the farm where he was born.

As farming has two languages, you can not take milk from her mother, so, Paskaran Nair, owner of the animal, should feed him with a bottle, as can be seen in the viral video on YouTube.

On the other hand, the farmer explained that both the mother and her young are in good health, however, veterinarians warn that it is unlikely to survive much longer.

The viral video that was shared by the YouTube account ‘Mega Source’ has more than 13 thousand views; however, the account ended up being blocked by the digital platform after reports from hundreds of users.

Watch the video below:

Previous Tornadoes in Nashville Cause the Death of Many People and Severe Material Damage
Next Did the Simpsons Predict the Coronavirus? [VIDEO] 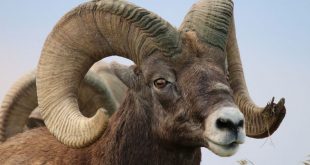