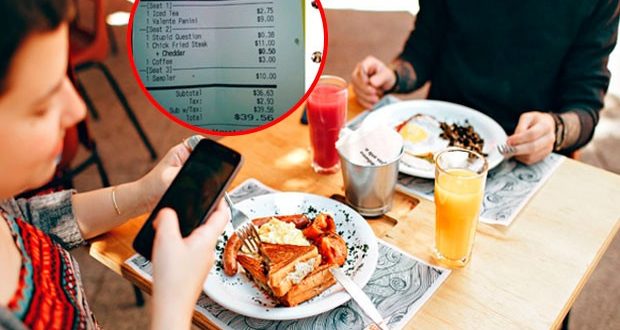 Users of social networks often expose complaints or dissatisfaction of restaurants and other types of establishments.

Many times they are due to the high collection of some restaurant or bar products, even because they added products that they did not consume in the bill.

However, an Instagram user explained that when he asked for the bill, he had a big surprise since he had been charged a 38 cent surcharge for asking a “stupid question”.

The account is from the Tom’s Diner restaurant, located in Denver, in the state of Colorado, United States.

Many users pointed out that the establishment has a good reputation in the area. In the American city the restaurant is part of the registry of historical places.

The photo went viral after the publication of the post, but the truth is that in the letter of the establishment it is specified that the additional charge is made for a series of “stupid” questions that are listed in a section of the letter, therefore, the diner was already aware of the singular charge.

The diner did not want to reveal what was the so-called “stupid question” he asked.

See the ridiculous photo posted by the user below: 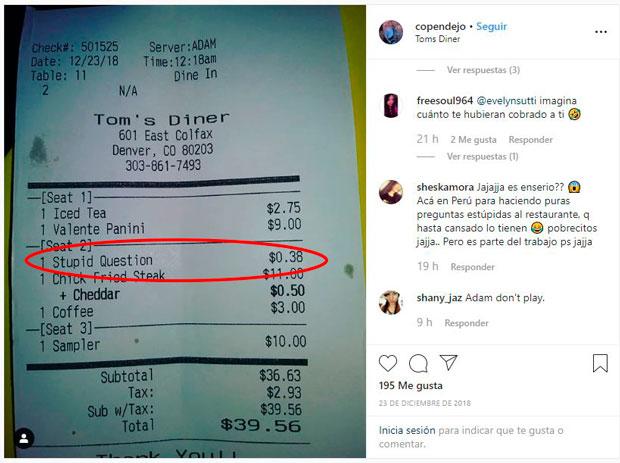