In the last hours the rumor of the possible incorporation of Dani Ceballos to Sevilla FC has appeared.

Apparently, Real Madrid would be willing to include the current Arsenal player, plus an amount of money, to take on the signing of Lucas Ocampos.

However, the Utreran player quickly ruled out such a possibility through his Twitter account. He did it, in addition, in a very peculiar and fun way, using a gif President of the United States, Donald Trump, to deny the information disseminated by the journalist who gave the news.

With this gesture, it seems that Ceballos does not want to anger the Real Betis fans, especially when his continuity is not certain next season in the white team with Zidane on the bench of the club and before the possibility of returning to the one that has always been his home.

It is the second time that he has denied the possibility of going to Sevilla in recent weeks. He already stated that in the program “El Chiringuito” that it would be difficult for Nervión club to go.

“I am very fond of Betis, I am very Bettic and where there is a team in which I could hardly play…I could only play in Seville at Betis,” said the player, given Seville’s possible interest in hiring him. 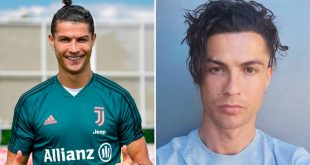