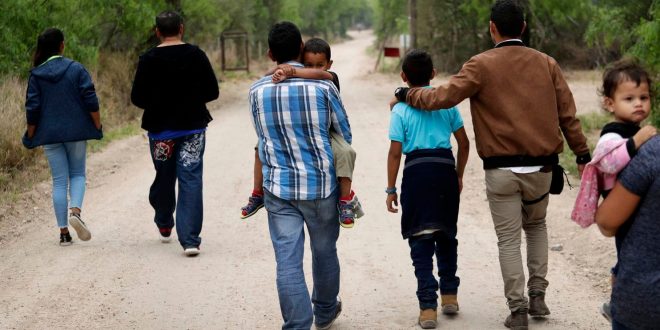 Immigrant Teen Dies While In Federal Custody In South Texas

A 16-year-old unaccompanied and undocumented migrant has passed away in Texas days after being held in federal custody in the US, confirmed the officials on Wednesday.

The teen boy from Guatemala died of a severe infection in his brain’s frontal lobe, said the Guatemalan Foreign Ministry.

The border patrol picked the boy up on 19 April after he entered El Paso, Texas, said the Guatemalan officials. On 20 April, the teen was shifted to an Office of Refugee Resettlement shelter in Texas from the Immigration and Customs Enforcement.

Evelyn Stauffer, a spokeswoman with the U.S. Department of Health and Human Services said that kid didn’t have any kind of health concerns when he arrived at the shelter. However, on 21 April, Stauffer said that the boy became ill noticeable including chills, headaches and fever. He was rushed a hospital’s intensive care in the morning and released later on the same day.

When his condition didn’t seem to improve by the following day, the minor was taken to another hospital in Texas, Stauffer added. However, the boy died on 30 April following numerous days of intensive care, said the Administration for Children and Families in a statement.

Notably, this is the 3rd death of a migrant child in the US custody since last year December.

At Newz Wave, Linda Lieberman creates news pieces for the latest happenings in the US. She is a proficient journalist and editor who holds a reputable portfolio with proficiency in content analysis and research. In short, she is the backbone of this project.
Previous Burger King launches five new ‘Impossible Whopper’ meal boxes in the US
Next Instagram to test hiding like counts feature this week in Canada