Breaking News
Home / Tragedies / Meet Bruno Fernandes: The Promise Of The Brazilian National Team That Was Imprisoned For Murder 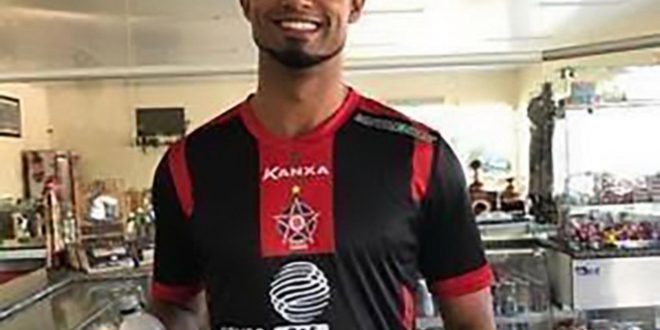 Meet Bruno Fernandes: The Promise Of The Brazilian National Team That Was Imprisoned For Murder

This post has been brought you by laroja-deportesonline.com   The best online site to Watch Live Soccer Matches

The anthology of curious stories in football adds a new chapter. Today we have to meet Bruno Fernandes, an exporter from Flamengo who ruined his life by making a terrible decision and that is that he was imprisoned for the murder of his ‘lover’, so that his career was halted and could never explode as a promise of Brazil national team … although today it has returned to the courts.

According to information from the newspaper ‘Marca’ and some police reports in Brazil , to know this tragic story we have to go back to 2010 , the year in which everything happened.

Bruno Fernandes at that time was the titular goalkeeper and captain of Flamengo in Brazil, considered one of the greatest promises of national football. He was at his best; He was an idol, referring to his country, they say he was fixing his pass to Inter Milan but a bad decision changed everything.

Information about the case says that Bruno Fernandes and a couple of accomplices murdered Eliza Samudio , lover of the Flamengo goalkeeper and the case caused a stir because of the bloodthirsty way to do it: they killed her, they highlighted, they gave the remains to the dogs and Despite the evidence against him, they denied everything.

The Brazilian police did not take long to find the culprits and at least Bruno Fernandes was given a sentence of 20 years and 9 months in prison , which he would not fully comply for a couple of details.

Since 2010 he has been imprisoned but in 2017 he was released by provisional judicial decision due to delays in his process, a fact that he took advantage of to straighten his path and return to play football, so the Boa Esporte gave him the opportunity and a contract until 2019 but 5 sponsors left the club after knowing their past, so they terminated their contract.

Fernandes continued with a judicial process ‘at a distance’ where he had to fulfill certain orders not to return to prison. This weekend the Pocos de Caldas, team third division in Brazil , signed him and do a contract until 2020 , where there was no problem and even already debuted.

He entered in change in the victory of his team 2-0 . Some 500 fans saw his return to the courts and although he is 34 years old he said he was happy to play football again: “ the position of goalkeeper helps despite my age and I hope to play many years yet,” said Bruno Fernandes.

Fernandes needed a judicial authorization as a result of his compliance with a semi-open regime, which states that he must sleep in Varginha, 160 kilometers from Pocos de Caldas but could continue his dream of playing professional football.