Breaking News
Home / Sports / NBA Finals: Los Angeles Lakers want to get closer to the crown in Game 3 against Miami 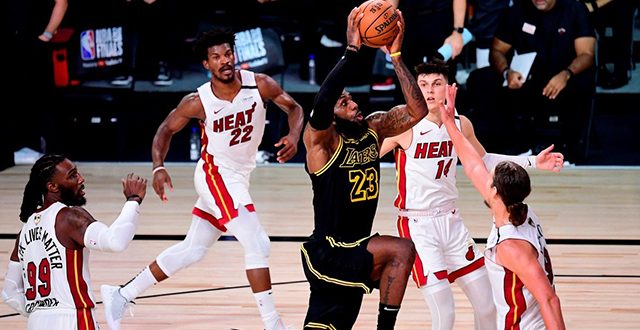 NBA Finals: Los Angeles Lakers want to get closer to the crown in Game 3 against Miami

This post has been brought you by laroja-deportesonline.com   The best online site to watch live soccer matches

The team of LeBron James is 2-0 up and will be looking for another win against the Heat to be one game away from getting the ring. The Florida team will go for their chance and stretch the definition.

After several months, the most unusual season in NBA history is about to come to an end. On the west side are the Lakers, great candidates to keep the ring, and from the East do the Heat, who left on the road to Boston and want to hit Los Angeles again. Who will be crowned champion in October?

The final series began on Wednesday, September 30 and the first two points were in the hands of the Lakers, who will now seek a third victory in a row to be one more to get the ring. When? This Sunday from 8:30 p.m. (somewhat earlier than the previous duels) and with ESPN transmission.

For the next game, the most important thing in terms of sports is the presence or not of Goran Dragic and Bam Adebayo in the Heat, both absent in the last game. The point guard seems impossible since he suffered a tear in the left plantar fascia, while the pivot has a strain on the left side of his neck and could have minutes.

The fourth game, the first possible night of definition, will be on October 6. Then they will face 9, 11 and 13 of the same month if necessary.

The Angelenos want to honour the legacy of Kobe Bryant, who died in January this year in a plane crash, and also reach the Boston Celtics as the league’s top champions. LeBron, for his part, will try to achieve his fourth ring. The same will be done by those from Florida, who were crowned for the last time in 2013, precisely by the hand of King James. 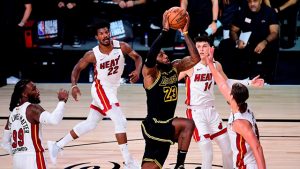 This season they met twice: both were in 2019, prior to the pandemic, and they had the Lakers as winners. It was 95-80 the first and 113-110 the second. The same thing happened last season: two wins for Californians. To find a victory for the East we must transport ourselves to January 2017, when they prevailed 92-91. It is the first time they have met in the Playoffs. Will the plate of the Los Angeles team weigh or will Florida have a chance?

Previous What is the condition for a youth footballer to become a professional?
Next Mohamed Salah Defends Homeless Man Who Was Being Harassed By Youngsters (VIDEO)