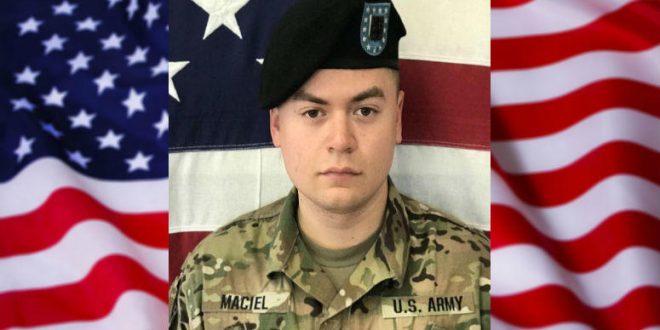 The Pentagon on Friday made an announcement that a 19-year-old Army soldier from Pennsylvania was known to be killed in a “non-combat related incident” in Afghanistan.

Pfc. Joshua Mikeasky, from Johnstown, was killed on Thursday at Bagram Airfield, Parwan Province, in eastern Afghanistan, as per a statement released from Resolute Support, the mission that is led by NATO.

As of now, the Pentagon has offered no further details. The incident is still under investigation.

Resolute Support told on Thursday night that Mikeasky had died but did not actually identify him by name at that point of time.

He is the 15th U.S. service member who died in Afghanistan this year.

At Newz Wave, Linda Lieberman creates news pieces for the latest happenings in the US. She is a proficient journalist and editor who holds a reputable portfolio with proficiency in content analysis and research. In short, she is the backbone of this project.
Previous Amazon adjusts the outlook for its in-car Echo setup
Next Tobacco Prevention and Control Coalition to partner with BISD