Pepe Reina Published a Tweet Apologizing for his Political Views

If there is a soccer player who has not been oblivious to the controversy during the period of confinement in Spain, that has been Pepe Reina.

The Aston Villa goalkeeper, very active on social networks, has expressed his opinion on the management of the pandemic in Spain by the government, which has led him to be criticized by those who thought contrary to his ideas.

The latest controversy has been related to a publication in which he positioned himself against racism throughout the planet.

On this occasion, the criticism came for contradicting themselves in their publications after having been in favor of the protests promoted by the political party VOX.

However, yesterday, the doorman issued a statement in which, ironically, he apologized for spreading his opinion.

“I’m sorry I’m not an intellectual and speak from the heart,” he began explaining.

In it, the doorman affirms that “I am sorry that I am not able to show indifference towards lies, unjust and unfair”, referring to the current political situation in the country.

He sent a message to everyone who doesn’t think like him and labels him a fascist.

“I am sorry I am not able to be more ‘coherent’ for some, but I have a clear conscience and very clear IDEAS…I am PROUD to share my life and affections with people of all ethnicity, sexual conditions, religious beliefs and purchasing power,” he added.

“If I feel anything above all, it is that well into the 21st century there are still ‘freethinking minds’ that think in black and white, crying out for freedom as they whip up everything that doesn’t fit in their binary code.”

Previous A UFC Fighter Faces his Rival Wearing a Black Plague Mask
Next McDonald, a Player from Costa Rica, Changed his Name to Burger King due to this Incredible Situation 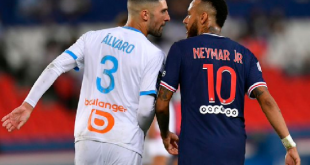