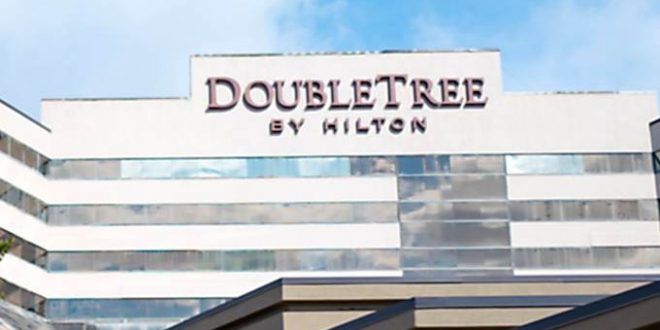 The popular Hilton Hotel’s chain “The Double Tree” located in Portland recently fired 2 employees after accusations mentioned about them racially profiling the hotel guest who belonged to black ethnicity. The guest was actually receiving a call over his phone in the hotel’s lobby when this incident of racial profiling happened.

The hotel then issued an apology over its Twitter account on Saturday announcing that they fired these two men pending mistreatment of the guest named Jermaine Massey. This decision to discharge the employees was announced by the hotel after it initiated an investigation pending the discrimination claims by the hotel guest.

The tweet further mentioned that the actions shown by the employees were completely inconsistent with the values and standards of the hotel. The officials mentioned that the hotel authorities will so to the fact that they work with the diversity experts in order to ensure that the same never happens.

Massey, the profiled guest posted some videos that showed the staff members of DoubleTree & one police officer who asked the guest to leave hotel premises even when he had booked himself a room in the same. Eventually, Massey was forced to leave his booked room pending the mistreatment.

Michael Taylor, Founder of Newz Wave, has a lot of experience in business as it was his passion and he started it as a profession at an early age. His bold and bright personality allows him to fearlessly collect data and information from many sources. His experience and influence helps provide the website with all the latest news in Business niche.
Previous Apollo Astronaut Bill Anders dubs a manned Mars mission as ‘stupid’ effort
Next Peugeot to re-enter the US market after almost three decades

Mitch Felderhoff, a man originally from the state of Texas, who in recent days has …