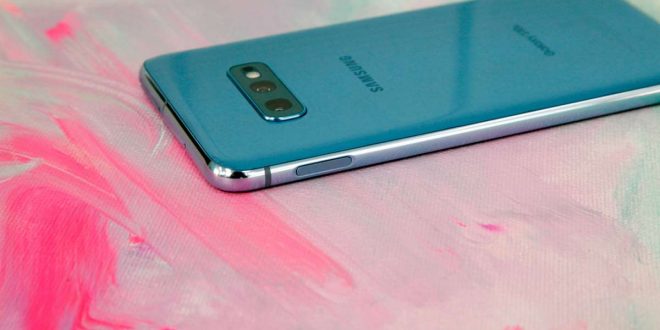 If the concept of a foldable phone does not work out for you, Samsung has some other ideas brewing. Lets Go Digital, a Dutch tech website has spotted a new patent design which shows that the company is probably engaged on developing a phone having a wraparound screen which covers the front and goes all the way back, on the device’s rear side while folding on its side.

The patent, which is titled ‘Electronic Device Having Plurality of Display and Method for Controlling Same’, indicates a device having a continuous display which one can be viewed from both the sides. Well, this would indeed make sense for a few fascinating applications, such as letting the subjects see how they appear right before you capture a snap. Besides, instead of just using a basic shooter, one can use the premium rear camera to take selfies, thanks to the continuous display on the rear.

The user could use a stylus S pen or hover his/her hand in order to activate the section of the continuous display that he/she wants to use. Besides, due to the wraparound screen design, it is quite likely that there may be a display on the device’s top area as well for showing new notifications.

Well, it is not known whether this recent patent by Samsung would actually turn out to be a real phone, although it is expected that the upcoming Galaxy Fold device may fold over twice.

From television to the internet platform, Jonathan switched his journey in digital media with Newz Wave. He served as a journalist for popular news channels and currently contributes his experience for Newz Wave by writing about the tech domain.
Previous Pre-orders for Samsung Galaxy S10/S10 Plus don’t include Galaxy Buds as freebie anymore
Next Researchers discover around 200,000 new species of viruses discovered in the world’s ocean