The Hilarious Live Broadcast of Sergio Agüero with Lionel Messi

Since they met in the Argentine youth team in the midst of building their impressive careers, Sergio Agüero and Lionel Messi have become inseparable friends, with a very close relationship both on and off the field.

In the middle of the quarantine due to the coronavirus pandemic, the “Kun” has become a traditional streamer, since he spends most of his days playing Play Station with the camera on so that his followers can view and make comments.

Then another message from the Rosario star appeared: “Hold the PES”, referring to the soccer video game in which they faced each other.

“When we played in the PES in the Sub 20 we killed ourselves. What will it be, dad, the PES was like this, it was old. What’s more, I thought that it didn’t exist anymore, but it continues to exist,” revealed the former Independent.

Finally, and in dialogue with the Spanish influencer Ibai, the “Kun” taught him some Argentine terms that quickly became viral on the networks: “A Todo Ritmo”, “Perrito” and “Ojo al tejo”, with the explanation of each one, and complained with humor: “The English also have to learn Spanish … they have to get a little started,” he concluded. 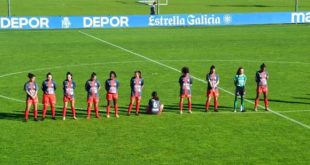