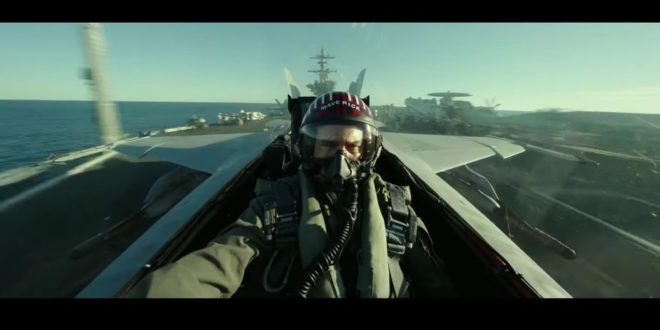 Tom Cruise takes over the role of Maverick, 33 years later, for the rest of the movie that has made him one of the biggest movie stars.

The trailer for the new movie, Top Gun: Maverick, was unveiled today, and frankly, looking at it, there has been a real sense of American patriotism, despite recent frictions by the current president. All the ingredients that made the old Top Gun a cult movie are back: Tom Cruise (obviously), breathtaking fighter plane scenes, some leather jacket, motorcycle scenes, the song- EPIC theme, rivalries and of course, a volleyball game.

Top Gun: Maverick is directed by Joseph Kosinski (who directed Tron: Legacy ) and is produced by prolific Jerry Bruckheimer.

In addition to Tom Cruise, Val Kilmer and Ed Harris are also part of the cast.

The film should take the poster in the summer of 2020.

Watch the new trailer down below!