Breaking News
Home / Entertainment / They Recorded A Couple Having Sex. In Public. In Daylight. Without Caring Who Watched Them 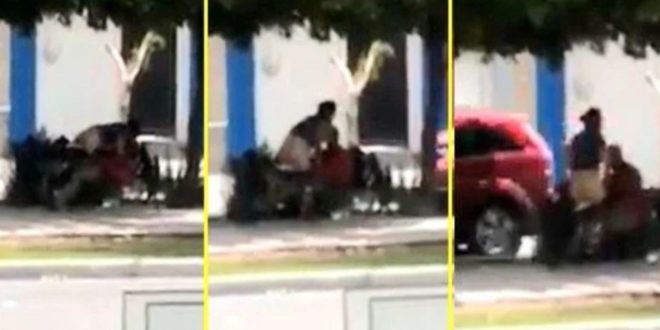 They Recorded A Couple Having Sex. In Public. In Daylight. Without Caring Who Watched Them

Although it is prohibited to have sex in public areas, the people who recorded the event could only laugh about it.

In Mexico, they caught a couple having sex on a bench in broad daylight while cars and people passed by.

The recording occurred on the Colón road, at the height of Escobedo Avenue, in Torreón, one of the busiest places in Mexico.

The recording shows the movements of the couple, as well as the reaction of those who record the act with a duration of almost two minutes that went viral in Mexico.

Although the spectators laughed, no one called the authorities, because it is one of the most popular places for families in that city of Mexico.

Currently, based on the regulation of the Municipality of Torreón in Mexico, the fine for acts of this nature amount to 7,500 Mexican pesos (400 dollars).