The player, a confident member of the National Football League (NFL) Hall of Fame, spent his two decades with the New England Patriots wearing the number 12 on his shirt, but in his new team, that number belongs to the receiver.

Pro Bowl Open Chris Godwin, who said Friday that he spoke to Brady but did not address this issue during the telematic conversation.

“Obviously, if he doesn’t want it, or if it’s not a big problem, I’ll definitely stick with it. We’ll see how that goes,” Godwin said in a video interview with the Buccaneers on their official website.

“I think that just out of respect for what he has done, what he has achieved, the type of career he has forged himself, we must support the decision he will make.”

Another number that Brady took with him was number 10 with the University of Michigan team and the now buccaneer had already said that number 12 was not his first option when he entered the league.

“I had 10 in college, and when I got to the Patriots, that number belonged to Lee Johnson,” Brady explained to reporters two years ago about choosing the number 12.

“So whatever number was in my locker, It was 12, it was the one the former general manager of the Patriots team, Don Brocher, gave me.”

Tom Brady is free to choose the number you want at Tampa Bay Buccaneers. His history and legacy in the NFL allow it, but it would be necessary to know the decision he makes regarding the companions who carry some numbers that he could choose as the 12 of Godwin or the 10 that hpy has Scotty Miller.

However, there is a limitation for ‘TB’ which is the NFL regulation that only allows quaterbacks to use numbers from 1 to 19. 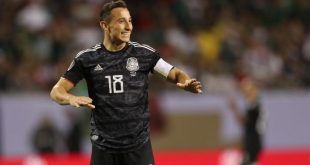 Andrés Guardado Revealed that he Wants to be a Coach