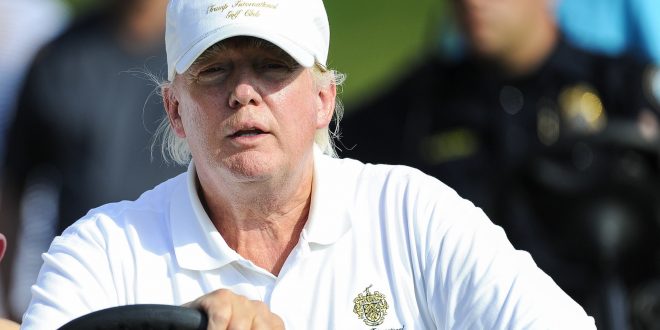 Trump golfs away as Secret Service Agents operate without any pay

Its ironical to watch President Donald Trump, all clad in the crisp white golf shirt with a red hat under the warmth of South-Florida sun while his Secret Service field agents have been protecting him and working without paychecks. This has been on for weeks just because the Congress won’t pay for the
Great Wall” by Trump.

This is nothing less than a nightmare for the public relations at the White House. While the crucial government agencies and Department of Homeland Security are devoid of money, Trump is apparently scheduled for a flight to the Mar-a-Lago resort to spend a 16-day long vacation.

The U.S. based Secret Service is one among the 6 agencies with a quarter-million-employee DHS. This also includes Transportation Security Administration and the U.S. Coast Guard. Other crucial agencies that are facing the shutdown crisis include departments of treasury, state, and interior.

Most of the employees affected by this issue are deemed essential which means they shall be required to work even when not being paid. None of the employees shall be paid during the shutdown. They need to survive on the savings or opt for short-term loans.

As of now, Trump along with Stephen Miller, his important immigration adviser have been talking about the possibilities of partial government shutdown in order to force the Congress to cough up billions to pay for the Mexican border.

At Newz Wave, Linda Lieberman creates news pieces for the latest happenings in the US. She is a proficient journalist and editor who holds a reputable portfolio with proficiency in content analysis and research. In short, she is the backbone of this project.
Previous Juno spacecraft to mark 16th pass over Jupiter’s cloud this Friday
Next Lincoln brings back “Suicide Doors” for limited edition luxury Continental