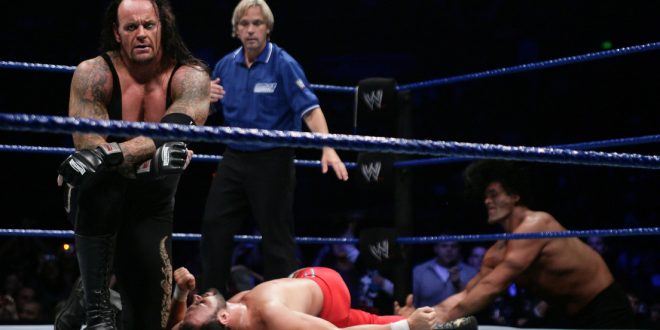 The legendary fighter believes that the time has come to conclude more than three decades of performances in the ring.

A huge commotion reigns on social networks after the legendary WWE fighter ‘The Undertaker’ , one of the most iconic personalities of that sport, has announced that at this stage of his career he does not want to return to the ‘ring’ and that it seems to him that it is “the correct moment” to end a career of more than 30 years.

Although he does not rule out an eventual return to the ring, Mark Calaway – that’s what the Gravedigger really is called – considers that “if at any time there was a perfect ending to a race, that was it”, referring to his last fight so far, in the one that defeated AJ Styles during WrestleMania 36 on April 4.

After the premiere of the last episode of the WWE documentary ‘The Last Ride’, where he made those statements, thousands of Internet users – both colleagues and followers – have turned to social media to thank Calaway for all the years he spent in wrestling and pay tribute to the character that many have known since childhood, under the hashtag of #ThankYouTaker .

Over 30 years of memories. Thank You @undertaker #TheLastRide it always had to be, another childhood hero heads off into the sunset! #ThankYouTaker pic.twitter.com/sWJoirL752

Previous Beto da Silva and Ivana Yturbe Shine Together in a Romantic Instagram Post
Next Why So Much Selfishness? Gonzalo Higuaín’s Gestures Of Annoyance With Cristiano Ronaldo (VIDEOS)