Breaking News
Home / Sports / What is the condition for a youth footballer to become a professional? 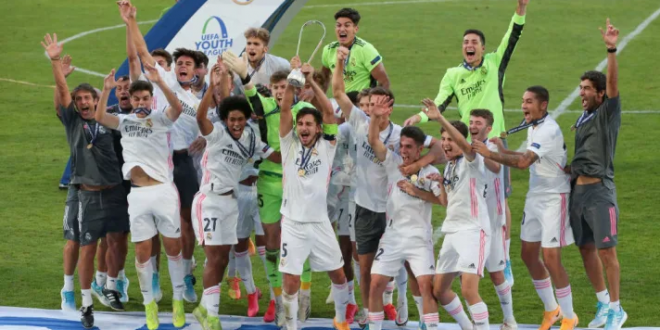 What is the condition for a youth footballer to become a professional?

Sometimes it is not clear to us what the difference is between professional soccer players and youth players. With the emergence of a talent as precocious as Ansu Fati, who at just 17 years old is already the new star of Barcelona and the Spanish team , many of us wonder if at such an early age and fresh out of grassroots football he is already considered a professional of this sport.

We will first take into account the formative age at which a player can be a youth. Being a 3-year cycle, there can be children up to 4 different ages. Although they are 4 different ages, they can only have been born in 3 different calendar years. For example, Ansu is from 2002, but since he was born in October he is only 17 years old. 1 calendar year, 2 different ages, since those born in 2002 before September will already be 18 years old.

This when it comes to being a juvenile. With regard to professionalism, according to the Spanish league, only those of First, Second and Second B clubs are so, but according to jurisprudence, the scope is much larger. Any player who meets the requirements of article 1.2 of Royal Decree 1006/1985 , of July 26, which regulates the special employment relationship of professional athletes is a professional. An article that says the following:

“They are professional athletes who, by virtue of a relationship established on a regular basis, engage in the practice of sports on their own behalf and within the scope of organization and management of a sports club or entity in exchange for remuneration”.

“Those persons who are dedicated to the practice of sport within the scope of a club are excluded from the scope of this rule, receiving from it only the compensation of the expenses derived from their sport practice”.

That is, for employment purposes, any player who charges and that amount is greater than the expenses he carries out, whether he is in First, Second or Preferred, is professional . The key to knowing if an athlete is a professional, basically, is to know if his club pays him or not. It doesn’t have to be your only job, you just have to get paid from the club. What seems clear is that Ansu, despite being of youth age, is going to get paid, he already has a professional level. And not just any level.

Previous Former soccer player’s wife is arrested for hiring hitman to assassinate him
Next NBA Finals: Los Angeles Lakers want to get closer to the crown in Game 3 against Miami